Gazer is a game about competing astronomers attempting to discover constellations in the sky for the most renown amongst their people. Which one of you will become a true Star Gazer and map the night sky?
Gazer is a game for 2 players, taking turns discovering stars in the sky and attempting to create constellations. There is only so much space in the night sky, so act fast!
This game was created as a project for the Design of Play class at American University. 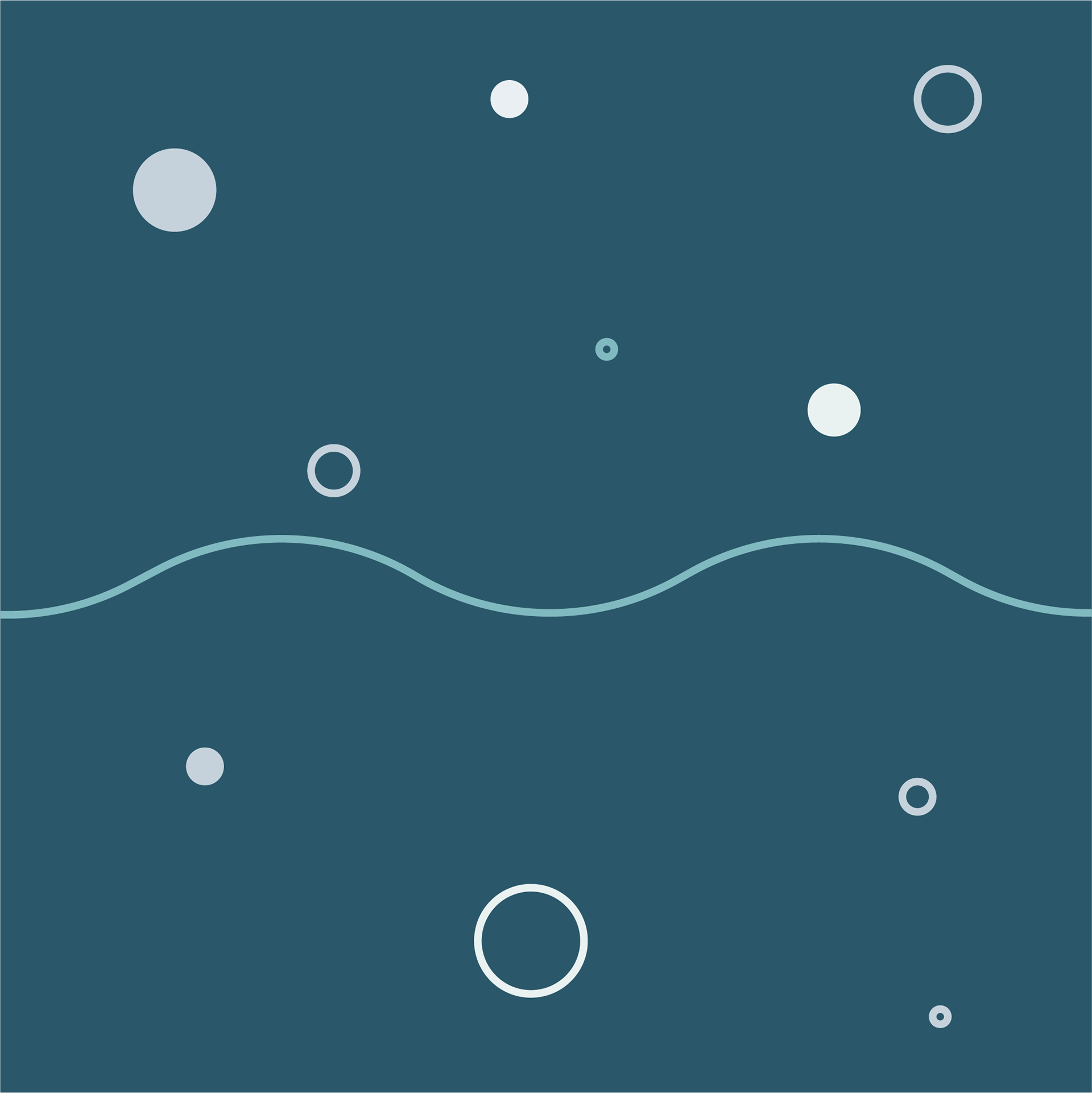 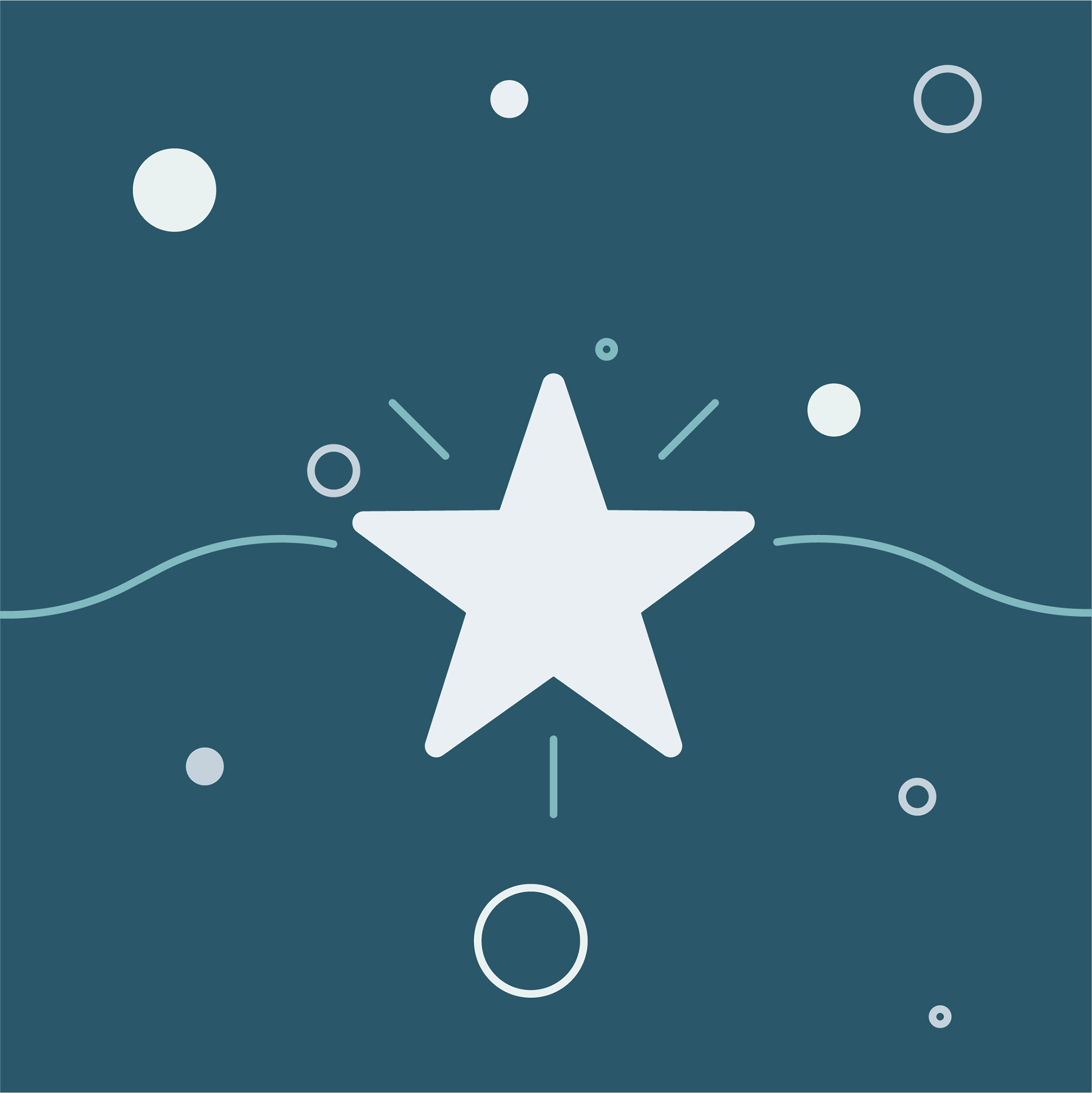 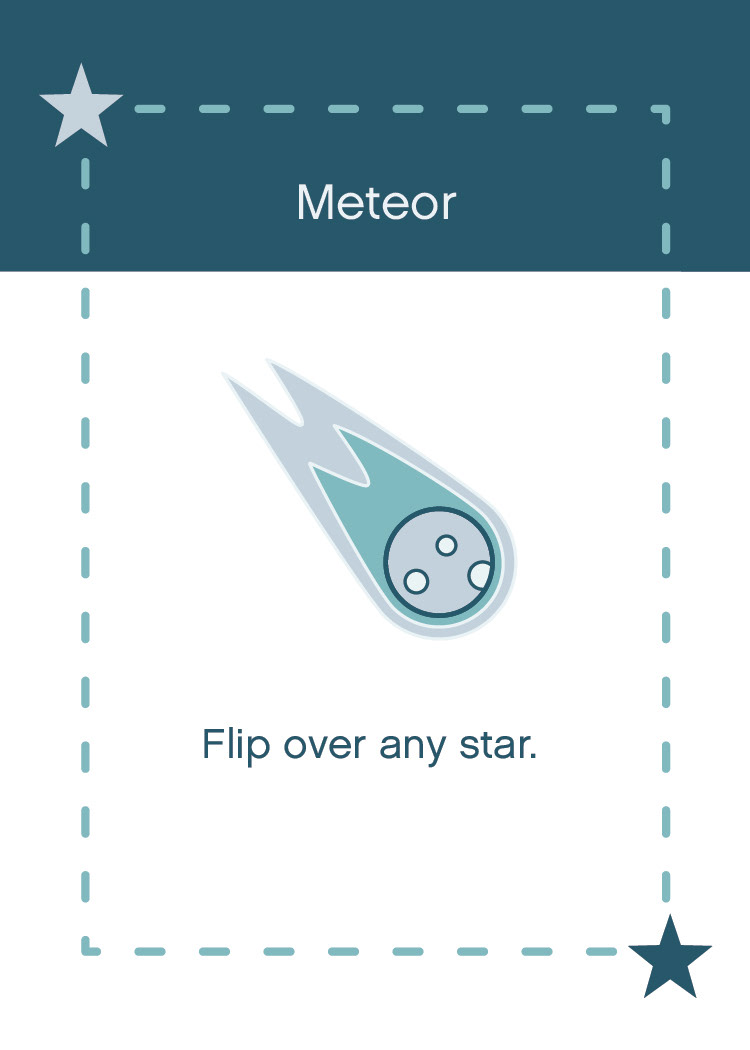 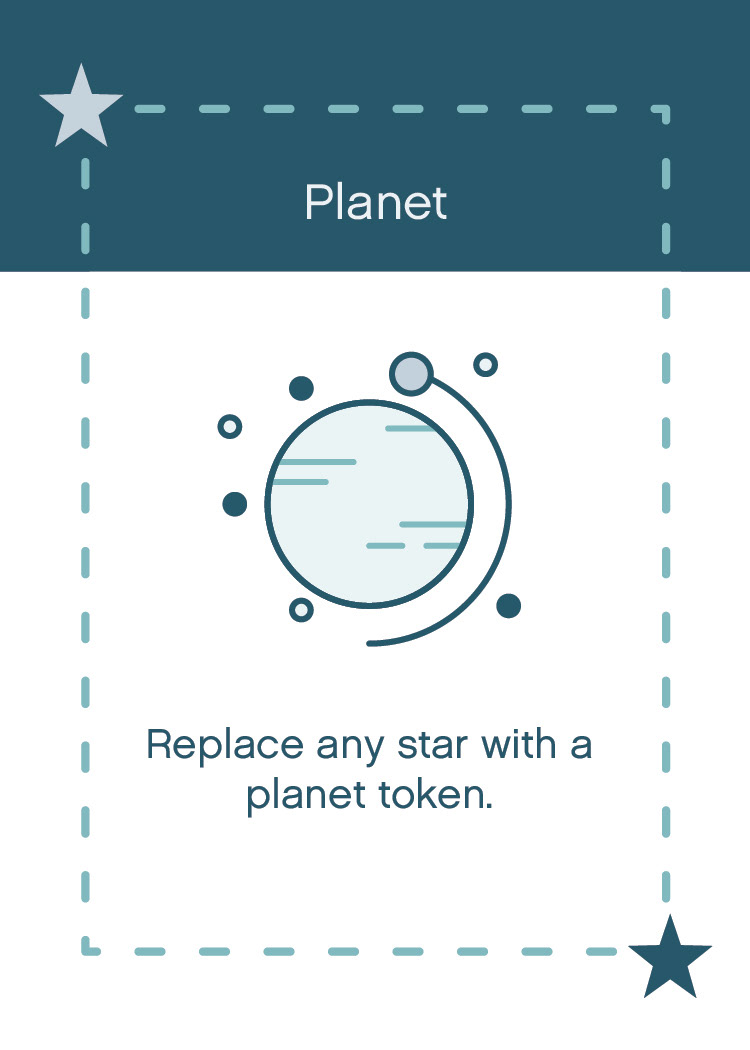 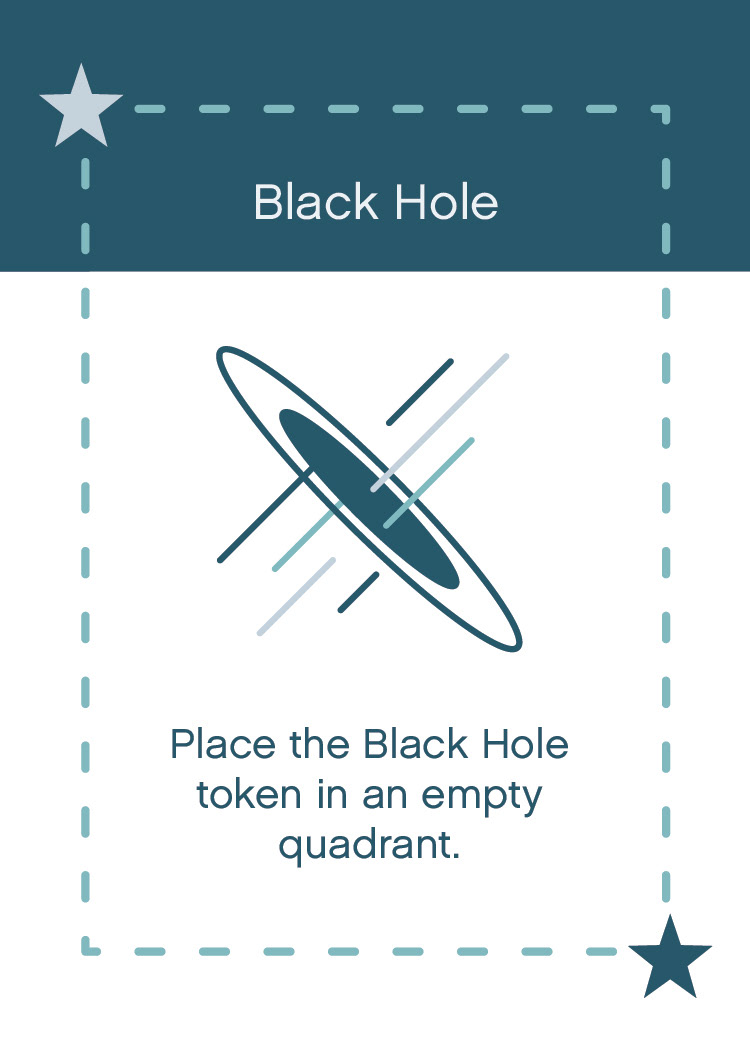 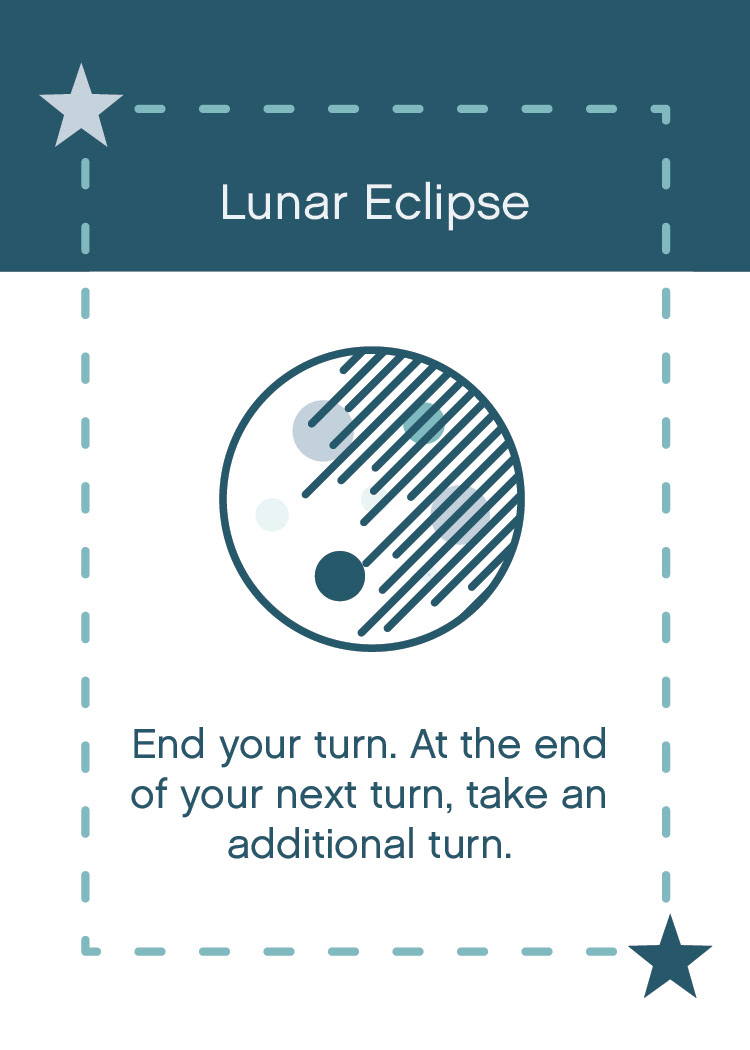 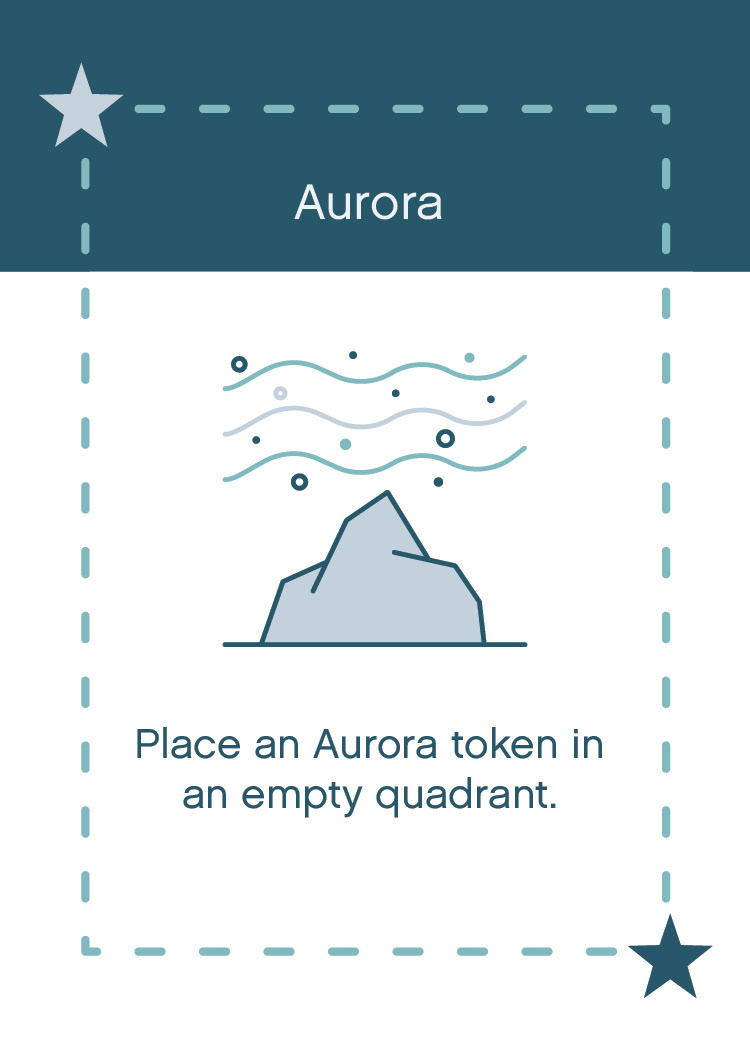 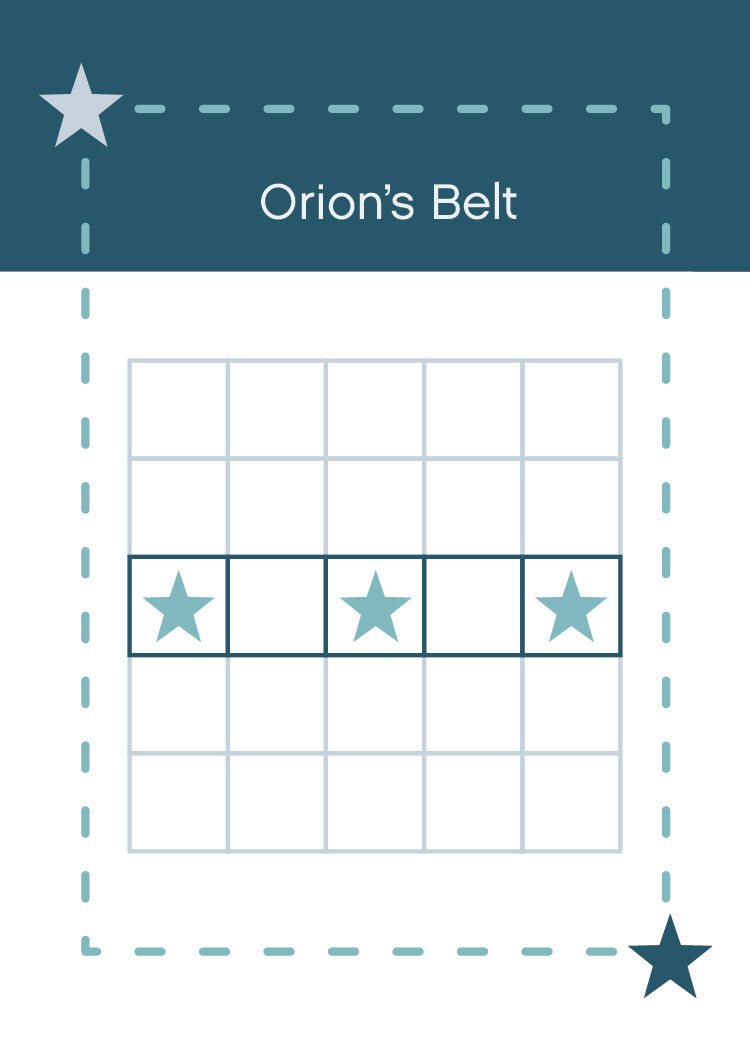 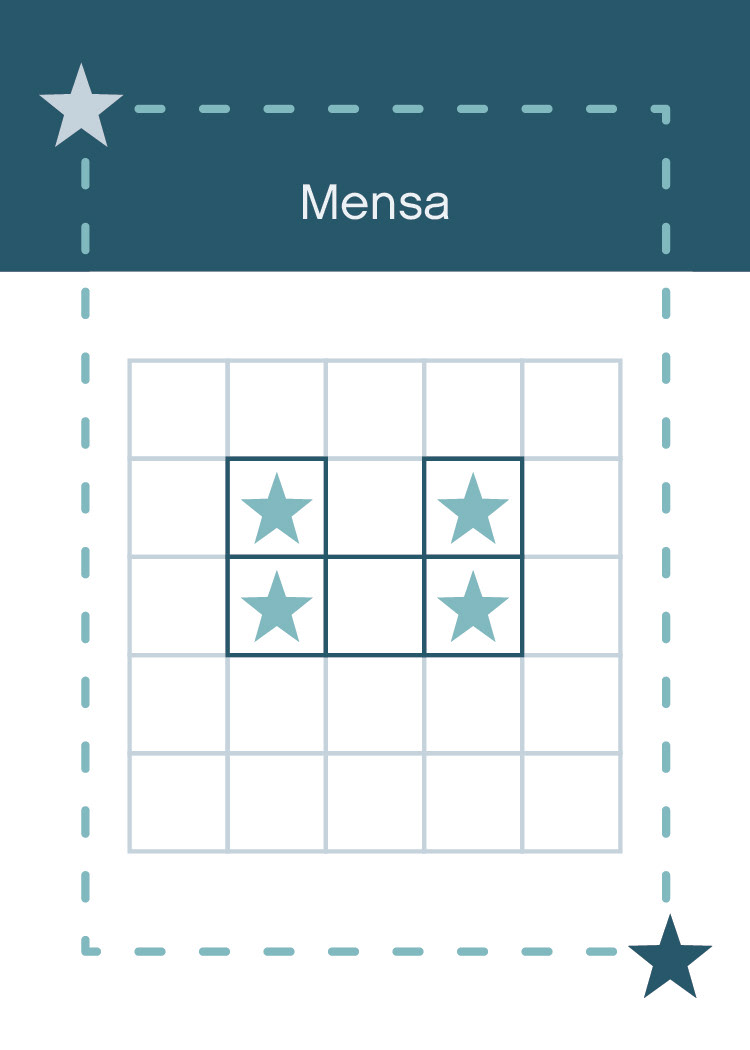 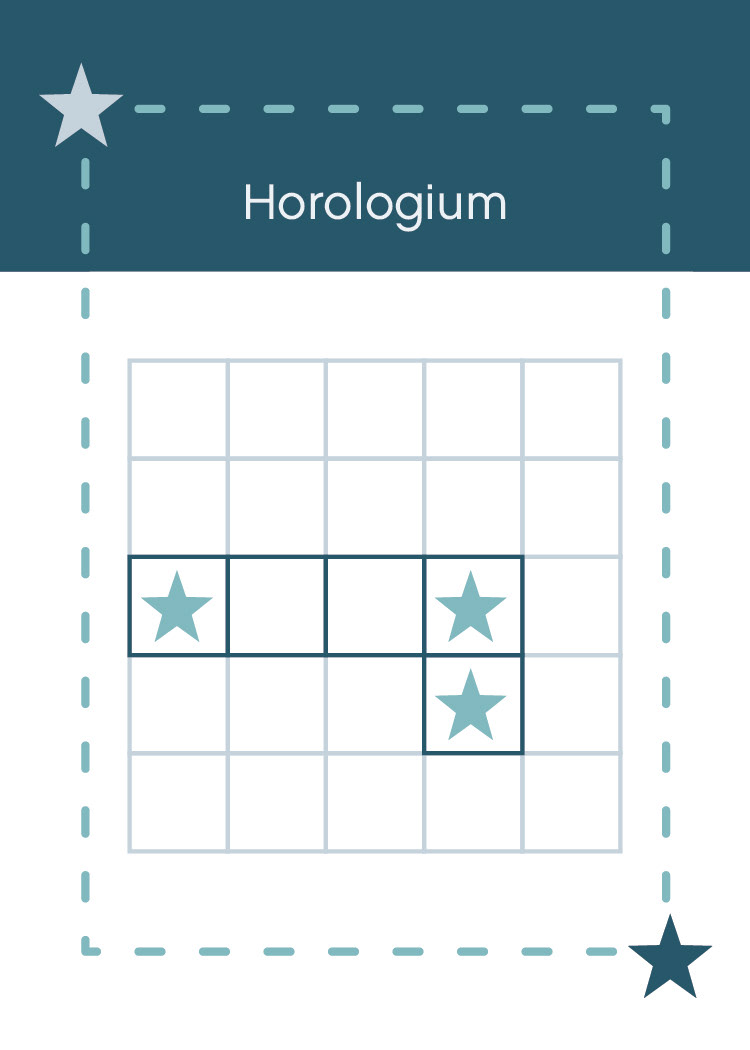 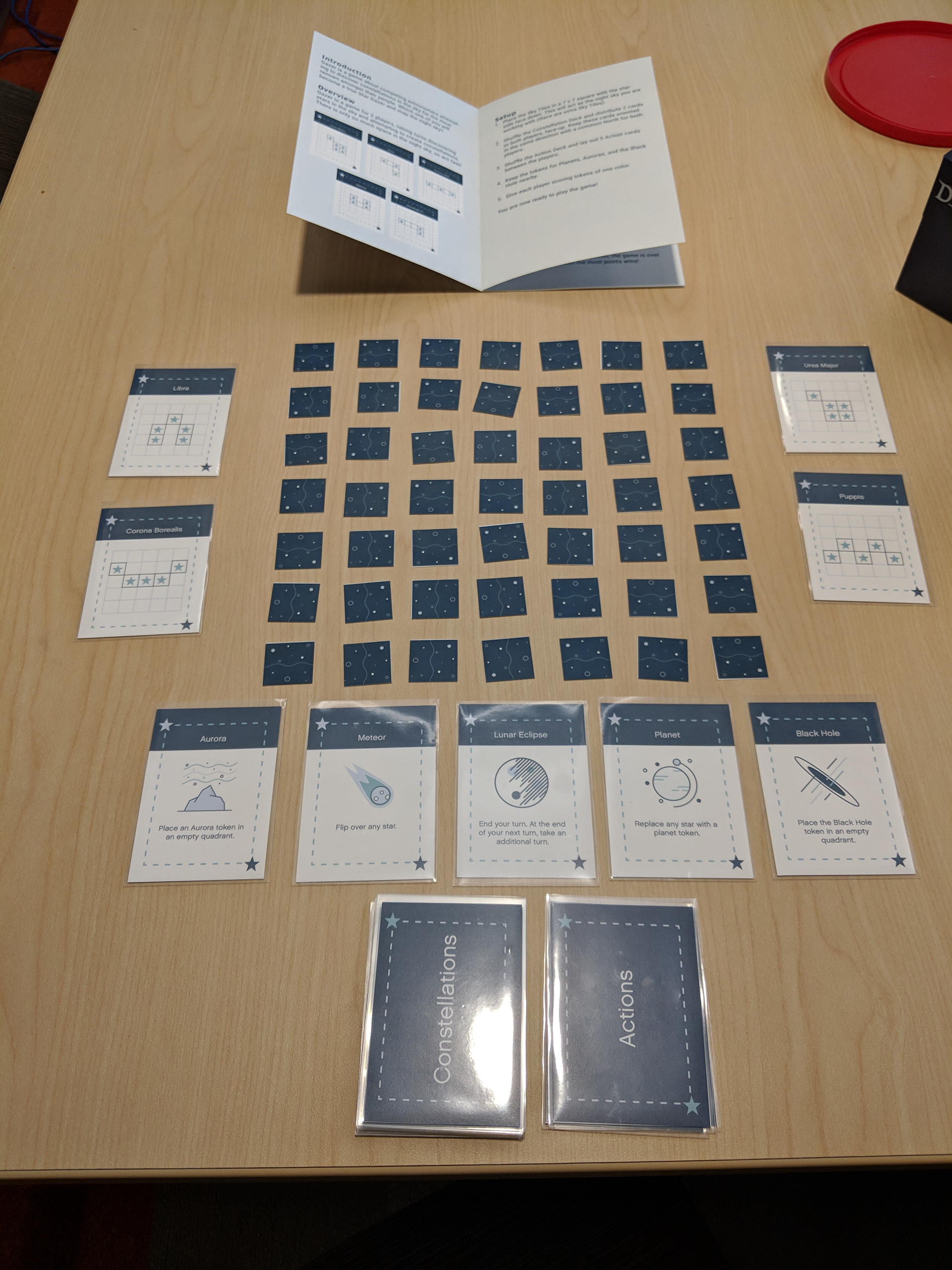 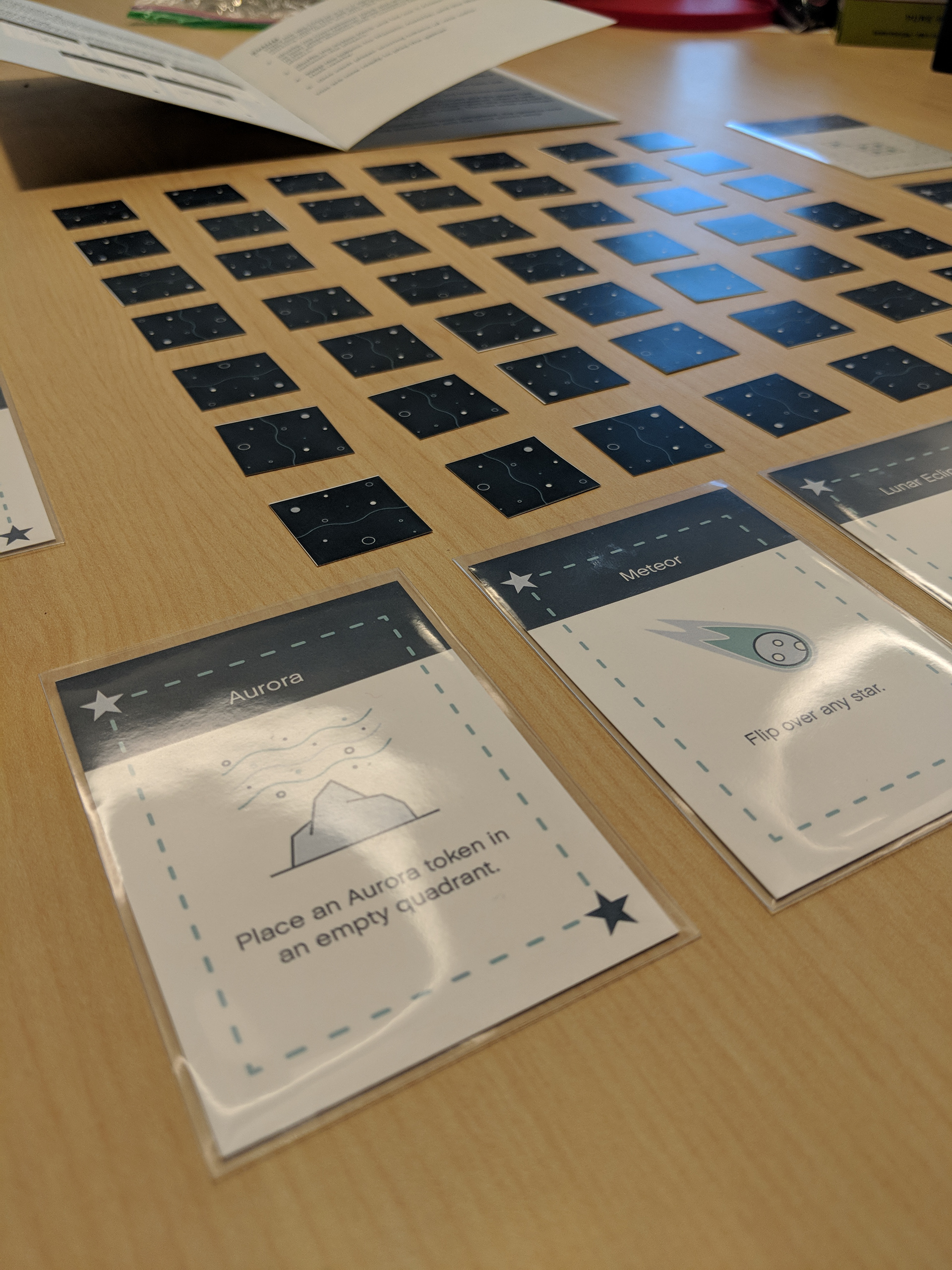 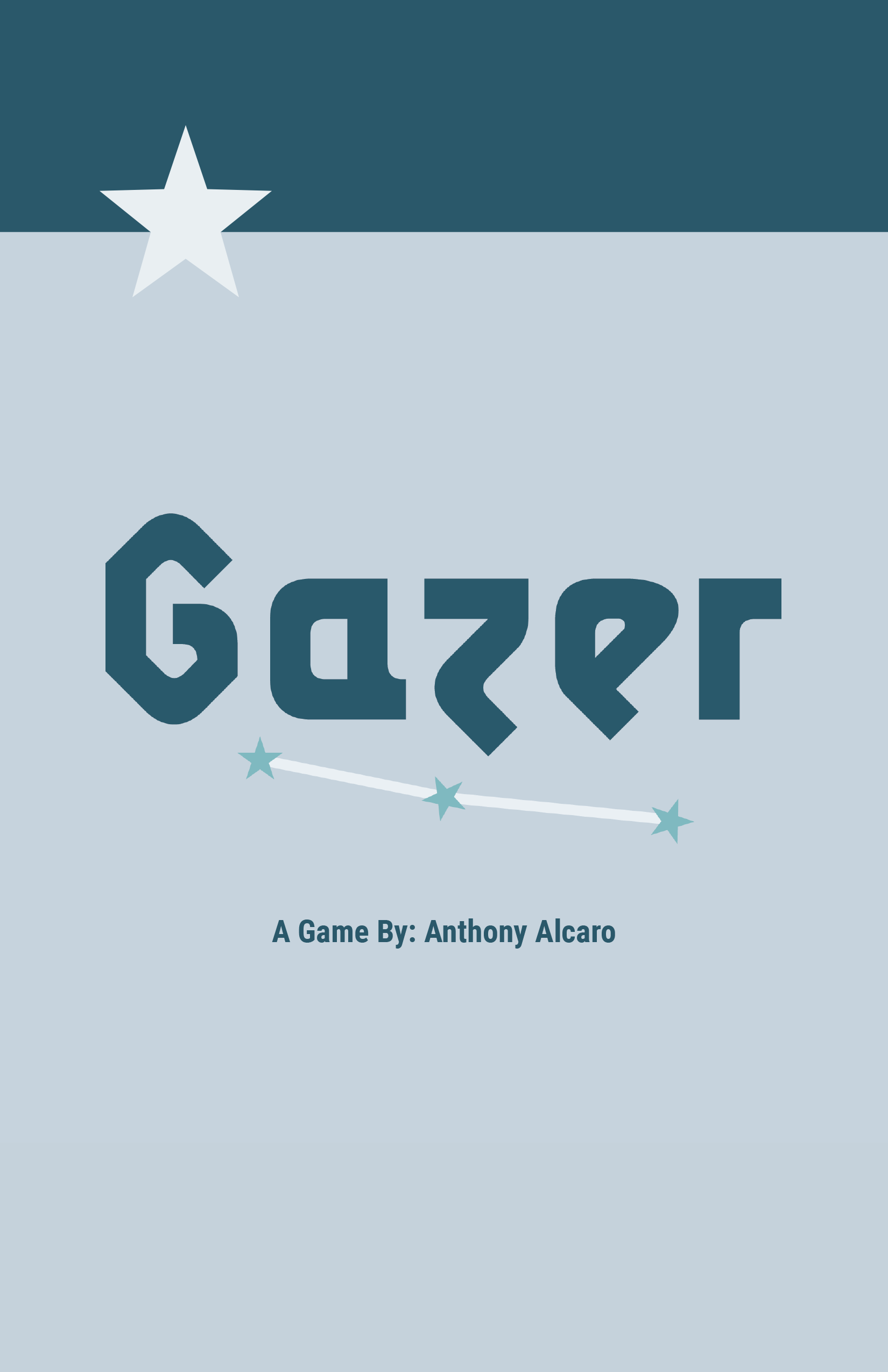 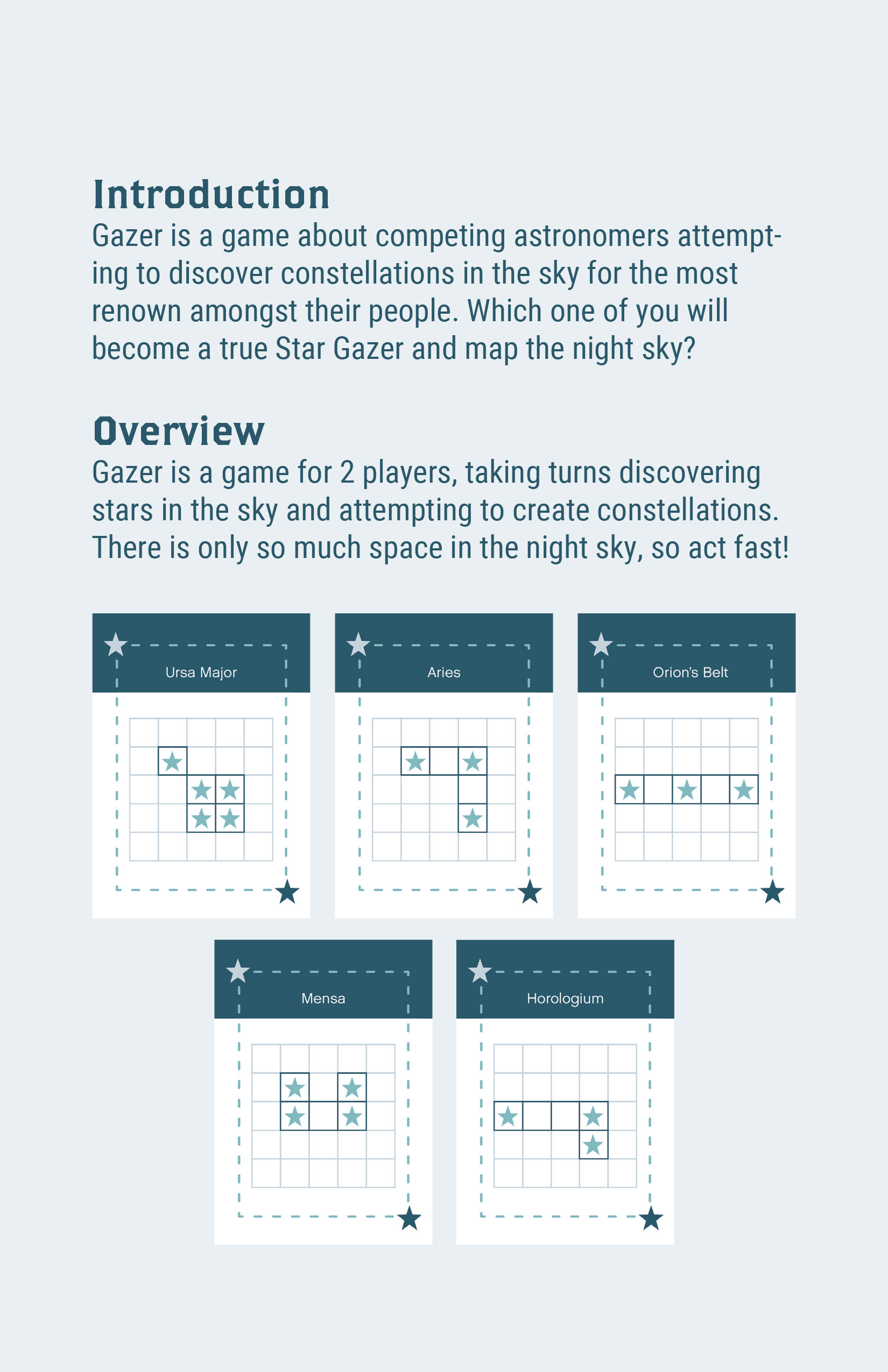 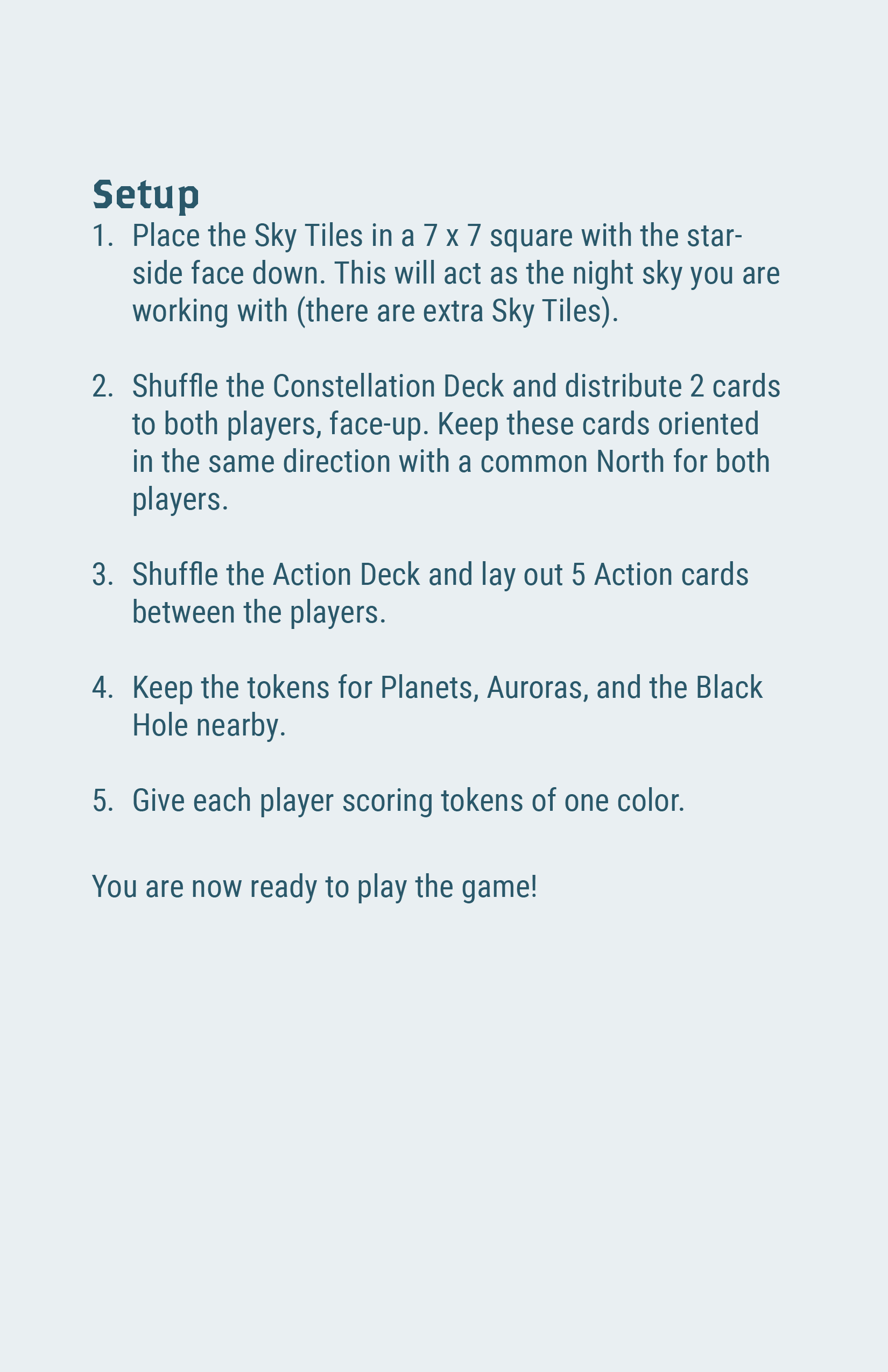 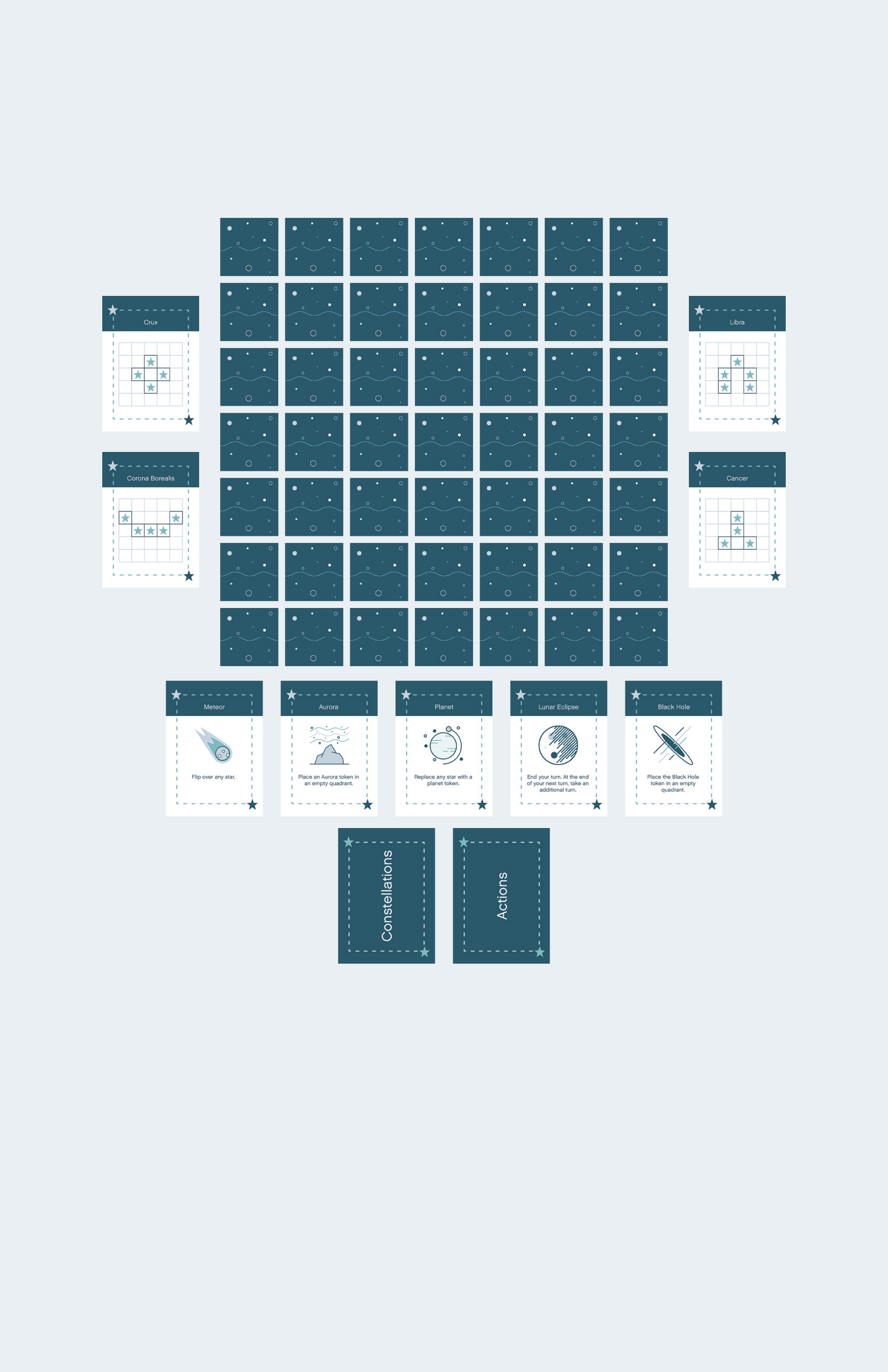 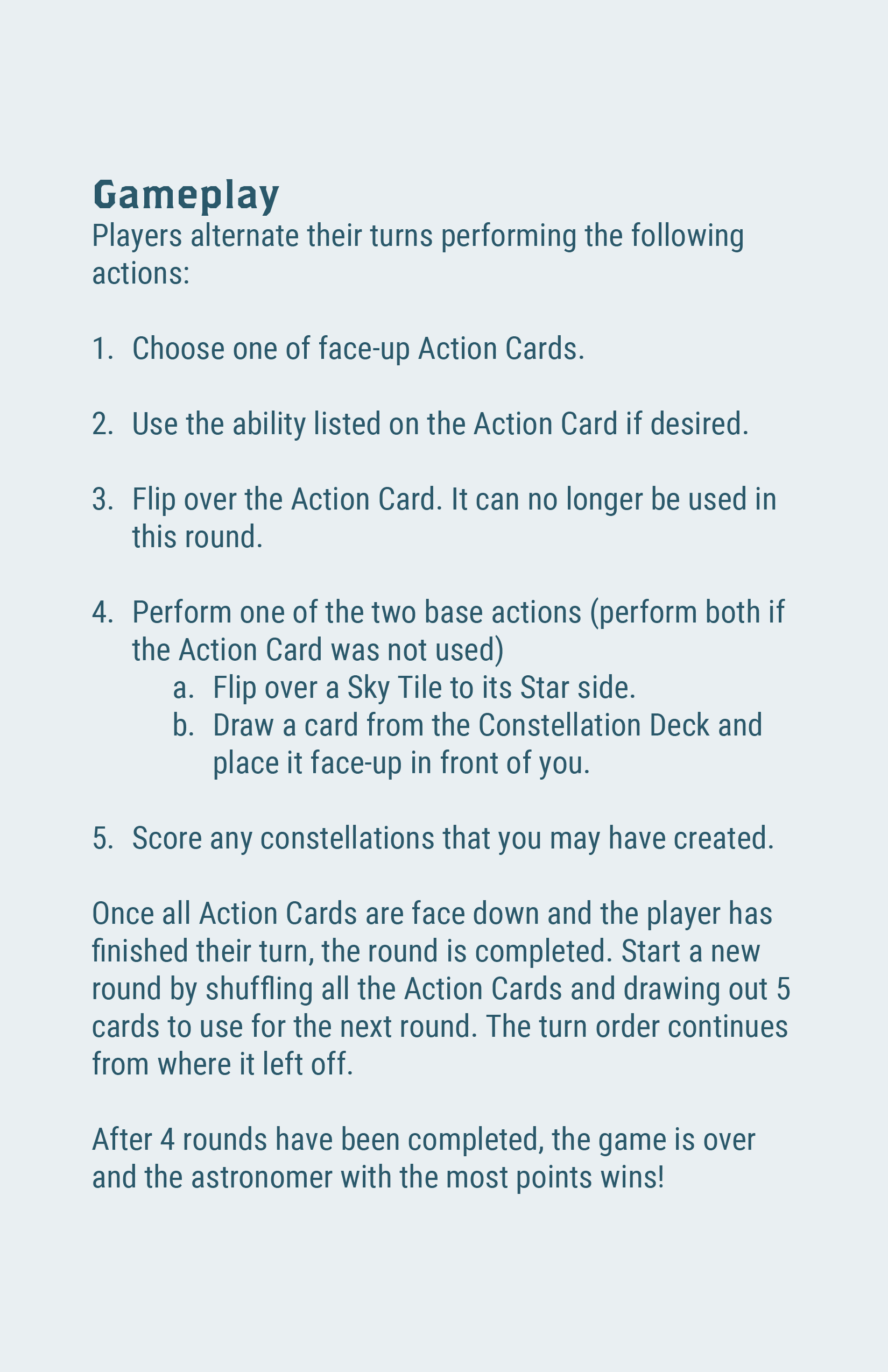 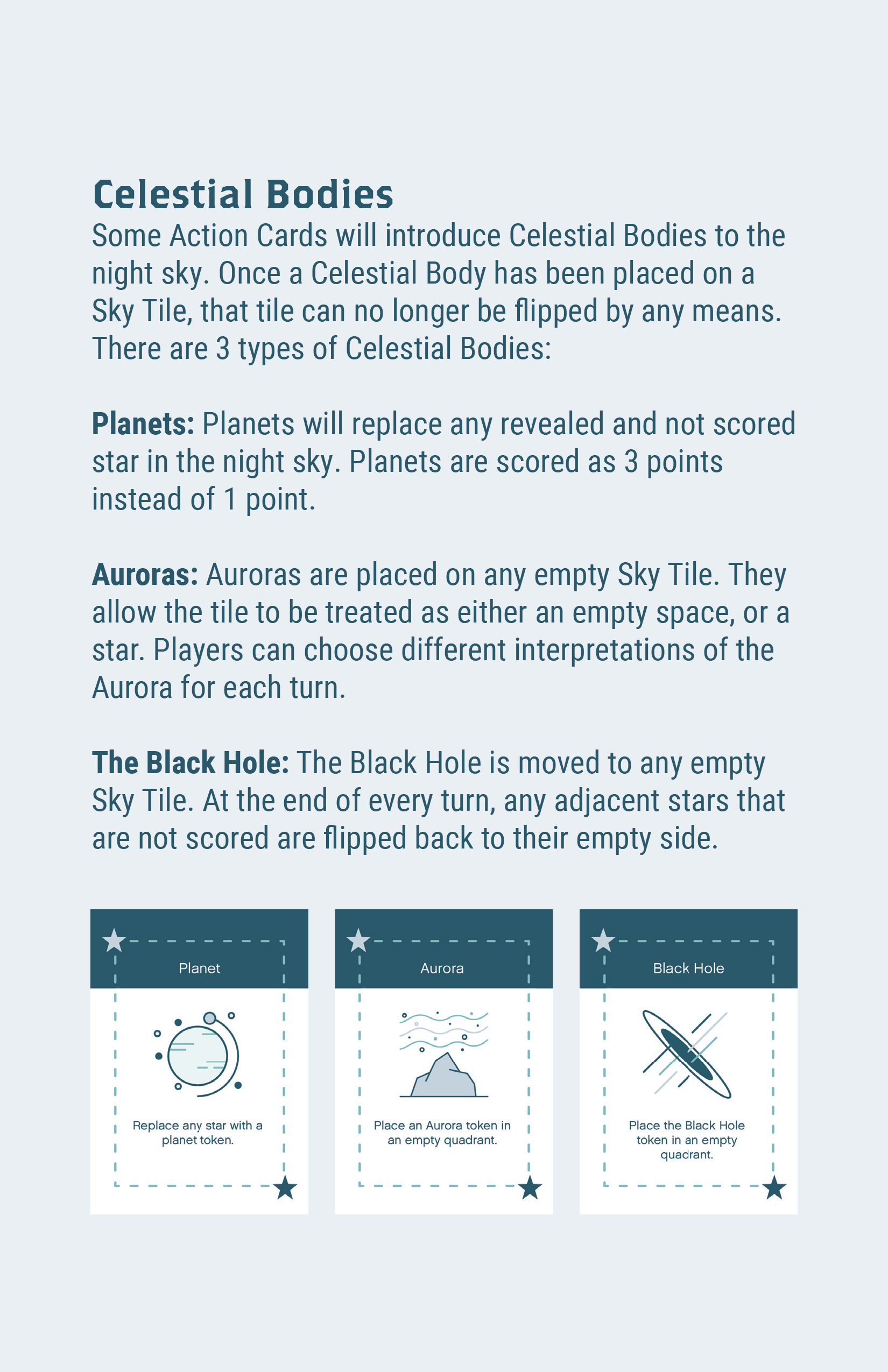 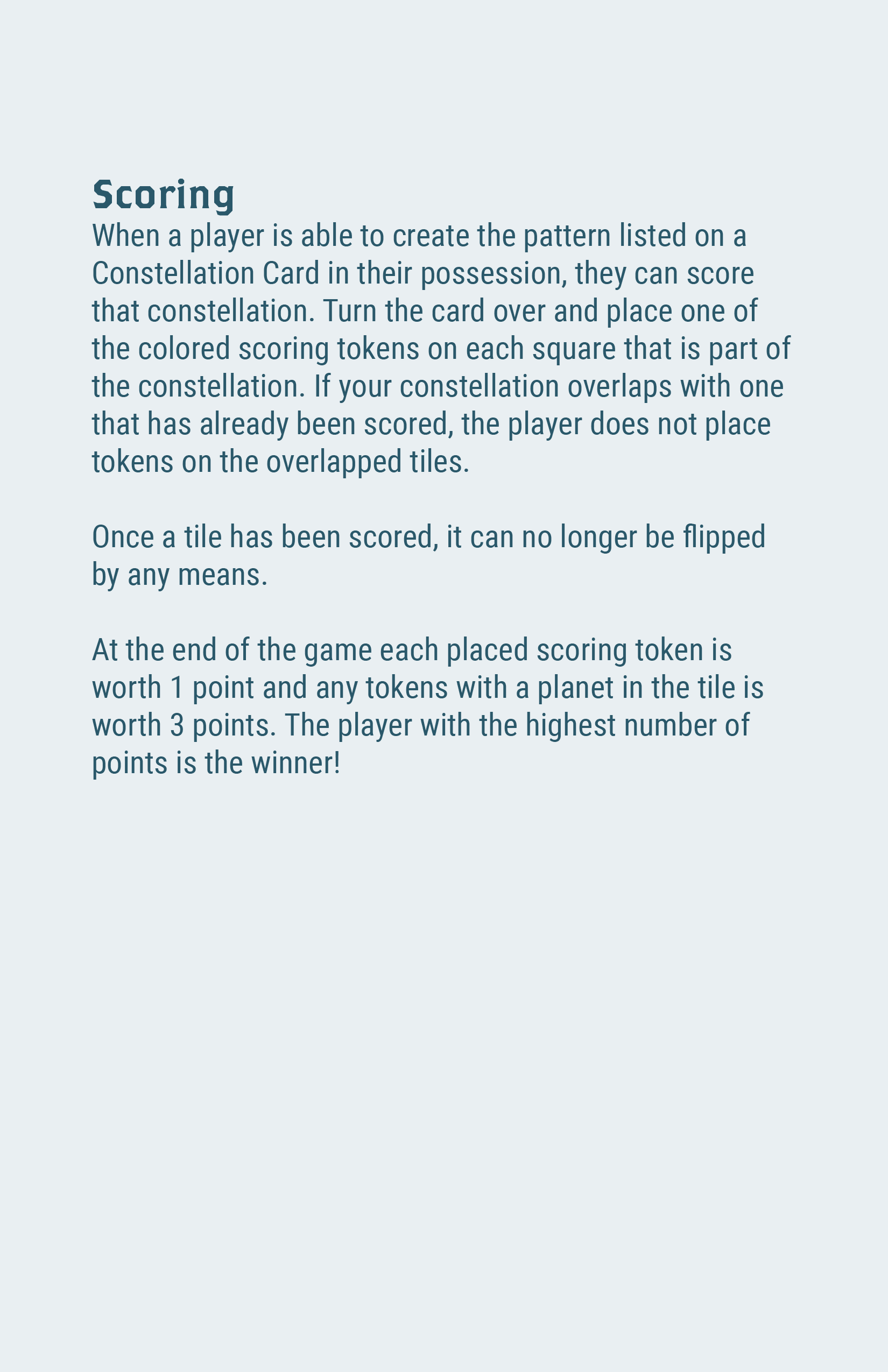 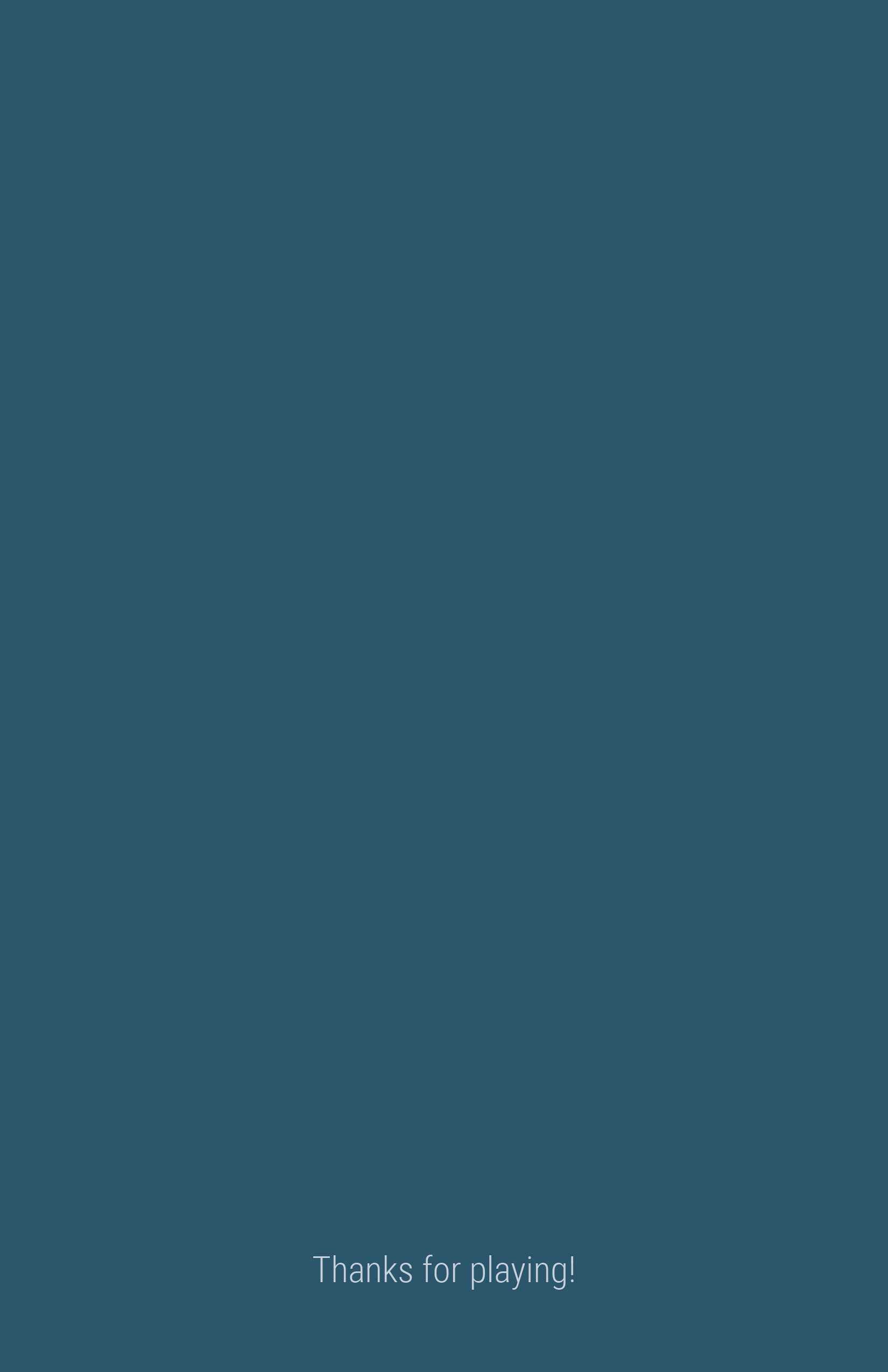 Board Game: The Haunting

Board Game: Batten the Hatches!
↑Back to Top

Insert copy here, which should vary depending on your region. Accept